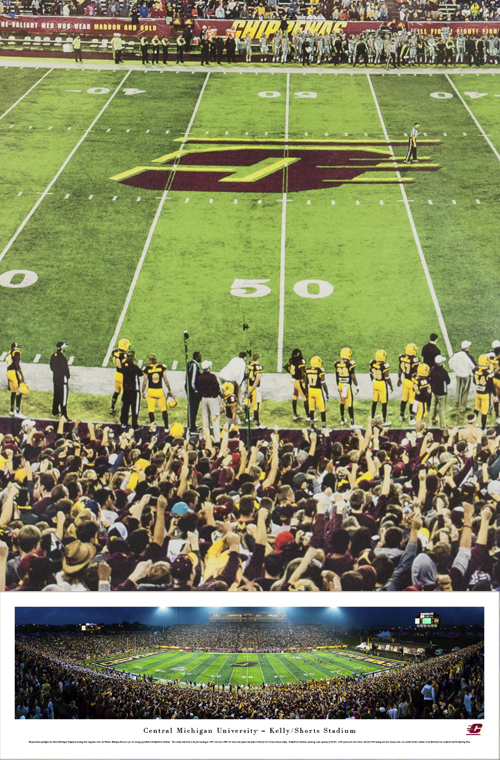 Print measures 13.5 x 40"
Ships in a tube
"The panorama spotlights the Central Michigan Chippewas hosting longtime rival the Western Michigan Broncos for an evening of football at Kelly/Shorts Stadium. The rivalry dates back to 1907. Since 2008, the teams have played annually to battle for the Victory Cannon trophy. Kelly/Shorts Stadium has a capacity of 30,255, and its features include club-level VIP seating, nine luxury suites and a strong tradition of championship football. The second-largest crowd in Kelly/Shorts Stadium history – 30,411 fans – attended the game."

Email To A Friend